Learn more about the University’s health and safety protocols to help protect the campus community from COVID-19 and reduce the spread of the virus. 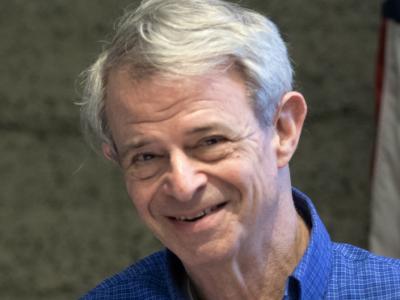 Jeff Witchel graduated from Pratt Institute in 1973 with a B.F.A. in Advertising Design. He has been an award-winning advertising art director, writer, designer, illustrator, and TV producer ever since.

Before starting his own advertising agency in New Jersey, Jeff built his career at top New York agencies such as Young & Rubicam, Grey Advertising, and Wells, Rich, Greene. Over the years, he created award-winning work for many clients including AT&T, Blue Cross/Blue Shield, Jell-O Pudding, The Plaza Hotel, and Pfizer. His many prestigious awards include a N.Y. Art Directors Club Gold Award, One Show Gold Award, and multiple Andy Awards.

Jeff is a self-taught computer artist with over 34 years of experience. Having arrived on the desktop publishing scene so early, Witchel became a popular choice for training when others started getting into computer graphics.

Today, Jeff is an Adobe Certified Instructor for Creative Cloud Design & Layout Solutions offering Adobe Authorized Training for Adobe Illustrator, InDesign and Photoshop. Currently, Jeff is the only Adobe Certified Instructor in New Jersey. He is also Adobe’s Co-Representative to the Adobe User Group of New Jersey, a moderator on the Adobe Forums, and has been a speaker at CreativePro Week.