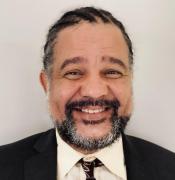 Kenneth Green, Esq. serves as the University’s Associate Vice President for Employee Relations and Chief Labor Counsel.  In this role, he oversees the University’s Office of Diversity, Equity, and Inclusion, the Office of Affirmative Action Programs and Title IX Coordination, and serves as the chief labor negotiator for the University.  Kenneth led the creation and launch of the University’s Office of Diversity, Equity, and Inclusion office which has a mandate to integrate equity and inclusion best practices into all facets of campus life.  He is the chief negotiator for all local and state labor negotiations on behalf of the University, including the settlement of a historic package of agreements marking a new era of labor-management relations under President Repollet’s leadership.  Prior to joining Kean, he served as the Director of the Office of Employee Relations for the New Jersey Department of Corrections.  Mr. Green earned his juris doctorate from University of Pennsylvania Law School, and both an MPA and Bachelor’s degree from Rutgers University. 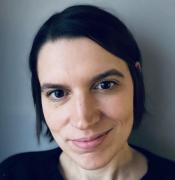 Nicole Ferree is the Managing Assistant Director III for the Division of Employee Relations and Office of the Chief Labor Counsel where she leads special projects and operations related to labor and employee relations. She is also a member of Kean's labor negotiation team.  Prior to joining Kean, Nicole spent nearly 14 years holding senior strategic roles on numerous political campaigns and in local government. Nicole worked in New York City municipal government in various capacities, including serving as the Director for Executive Affairs and Planning for New York City Comptroller Scott M. Stringer where she led a team charged with implementing and executing the vision and agenda of the office.  Nicole has a BA in Political Science from Kutztown University, and is a first-generation college graduate from rural Pennsylvania.  She is deeply passionate about social justice movements, the Grateful Dead, and her two young sons.