The Research & Development Council of New Jersey honored Kean University President Emeritus Dawood Farahi, Ph.D., as the Educator of the Year at the recent Thomas Alva Edison Patent Awards ceremony in recognition of his innovative leadership in higher education and his impact in science and research.

The annual event focusing on “Transforming Hope into Action” was held virtually for hundreds of scientists, researchers, policymakers and others from New Jersey and around the world.

In announcing Farahi’s selection, the R&D Council pointed to his 17 years of leadership transforming Kean into a world-class university with new facilities and academic programs, including STEM initiatives designed to prepare the next generation of scientists. The council also cited his work launching Wenzhou-Kean University in China, which opened a cross-cultural exchange and a new world of learning for students. 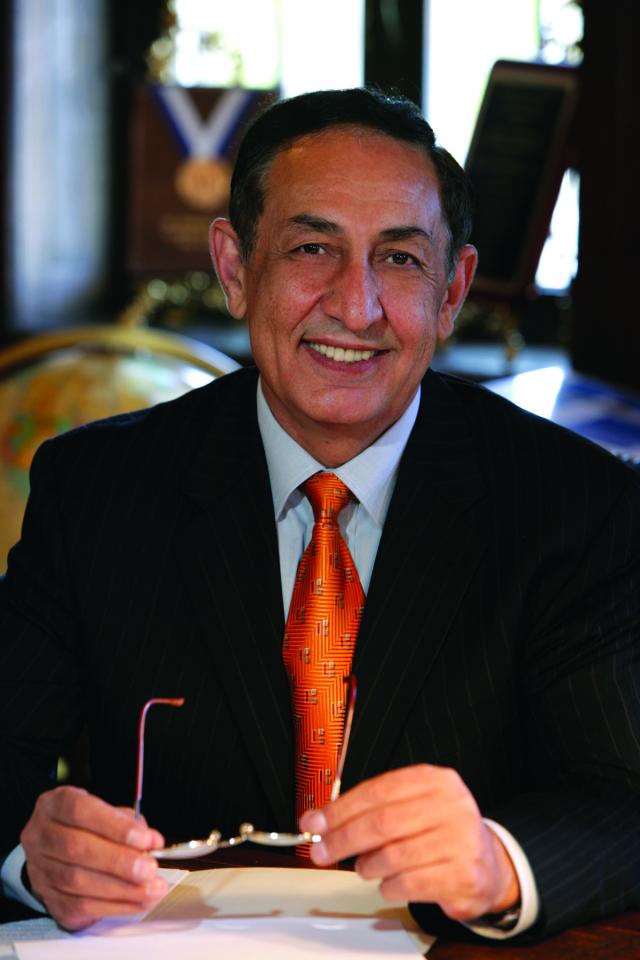 “Dr. Farahi made it clear that Kean students deserve the best and that showed in everything that he did,” said Kean President Lamont O. Repollet, Ed.D. “We are grateful for his transformative leadership and proud to see him recognized among great leaders in science and industry.”

In a video recognizing Farahi’s achievement shown at the ceremony, former N.J. Governor Thomas Kean said Farahi’s leadership was key to raising the reputation of the institution.

“We had a good president who had the time to do the job and the result is that Kean University was transformed,” Thomas Kean said. “He’s made us all very, very proud because it’s a great university, and he has made it so.”

John Kean Sr., president of Liberty Hall Museum, said he worked closely with Farahi to make the museum an important part of the educational and cultural environment on campus. “It is a historical gem in the middle of the campus.”

“He has recognized the different changes in society that will provide additional opportunities for the students going to Kean University to get good jobs, well-paying jobs, jobs that will grow in the future,” Lesniak said.

Keith Bostian, Ph.D., dean of the New Jersey Center for Science, Technology and Mathematics, said Farahi’s vision was key to building the Institute for Life Science Entrepreneurship, known as ILSE, an incubator for life science and biomedical startups on Kean’s campus.

“The idea of enriching the innovation ecosystem by bringing together academia and industry, which is the core principle of ILSE, fit very well with his goal of having students experience that environment,” Bostian said.