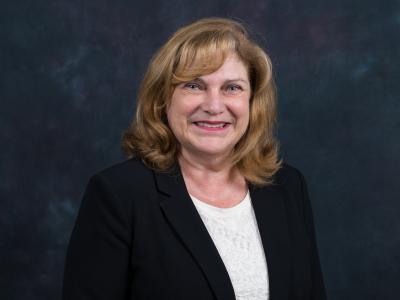 Trained at Canada’s York University, Ithaca College (B.F.A.), and Rutgers University Mason Gross School of the Arts (M.T.A., M.F.A.), Holly has been a professor at Kean since January 1984.  She has directed multiple productions in NY and NJ, receiving a Kennedy Center Certificate for Excellence in Directing for The Pirates of Penzance and Ragtime. Other memorable directing experiences for Kean include Indecent, Sister Act, Sunday in the Park With George, Sweeney Todd, and Spring Awakening.  Holly has been seen on the Wilkins stage in Premiere Stages’ acclaimed production of Boy Gets Girl.  Favorite roles include Pam ( Baby), and Milady deWinter (The Three Musketeers) at The Forum Theatre, Kate (Kiss Me Kate), Amalia (She Loves Me), and Rosabella (The Most Happy Fella). Holly last made a guest appearance with the Key West Pops Orchestra in Sondheim's A Little Night Musicand, later, in Jerry’s Girls. Professor Logue is a voice-over recording artist for Pearson Education (Prentice Hall Publishers). Professional Affiliations: AEA (Equity), SDC (Society of Stage Directors and Choreographers), NAST (National Association of Schools of Theatre), ATHE (Association of Theatre in Higher Education), ICFAD (International Council of Fine Arts Deans), VASTA (Voice and Speech Trainers Association), MTEA (Musical Theatre Educators Alliance), and Phi Kappa Phi.

College is a place for exploring all sorts of things and figuring out what you want your next adventure in life to be. In my classes, its not about being right, or already knowing everything there is to know, but about giving the work your authentic "best effort," being open to new ideas and challenges, maintaining clear and open communication, staying on top of things, organizing yourself and managing your time well. Visit me during office hours so we get to know one another and allow me to guide you for 16 weeks at a time.