Emmy Award-winning television journalist, entrepreneur and philanthropist Soledad O’Brien will speak at Kean University on Tuesday, March 20 at 7:30 p.m. in the STEM Building auditorium as part of the University’s Distinguished Lecture Series.

The lecture on women’s empowerment and the #MeToo movement is free and open to the public.

“The Distinguished Lecture Series was created to encourage discussion about the important issues of our time,” said Dawood Farahi, Ph.D., president of Kean. “Soledad O’Brien is a masterful storyteller in her career and an agent of change in her personal life. We are excited to have her offer her unique perspective to Kean’s students and the community.” 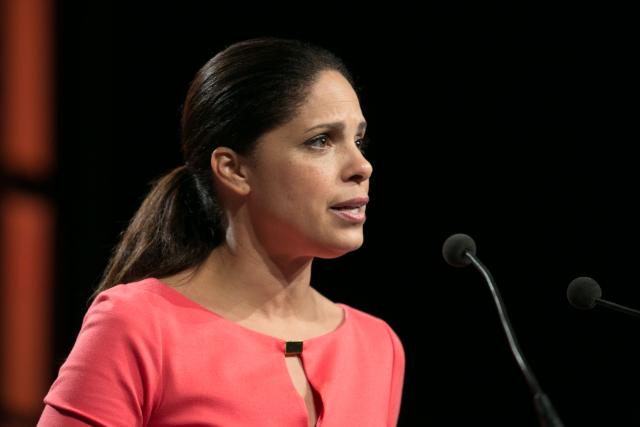 O’Brien is host and executive producer of the true crime series Mysteries & Scandals on OXYGEN and hosts the syndicated TV political magazine show Matter of Fact with Soledad O’Brien. At CNN, she created the In America documentary series. O’Brien contributes in-depth news magazine pieces for PBS NewsHour and is a correspondent for HBO Real Sports with Bryant Gumbel. A prominent philanthropist, O’Brien is the founder of PowHERful, a foundation that mentors and funds college tuition and expenses for young women.

The Kean Distinguished Lecture Series launched on February 22, with a speech by Pulitzer Prize-winner Bob Woodward on the presidency and journalism. Additional speakers for the lecture series will be announced in the coming weeks.

O’Brien is scheduled to speak at 7:30 p.m. on Tuesday, March 20 at STEM Auditorium, 1075 Morris Avenue, Union, New Jersey 07083. Doors open at 7 p.m. Admission is free, but seating is limited and will be first come, first served. Free parking is available next to the building.