Faculty and students at Kean’s School of Communication Disorders and Deafness have created a series of videos that will help children with disabilities in Uganda.

Imprint Hope, a nonprofit that supports children and their families, provides access to medical care and rehabilitation services as well as education on disabilities to families living in rural villages throughout Uganda.

The three-part video series created at Kean will be used to train Imprint Hope’s staff and teach families about speech and language development, to help parents better understand their child's disability.

“Kean's assistance was very valuable. Their support, knowledge and expertise were essential to delivering this message effectively to our team of 20 Ugandan staff members as well as to the families we work with throughout Uganda,” said Clare Byrne, a New Jersey occupational therapist who founded the nonprofit in 2016.

Kean Assistant Professor Kate Nealon, Ph.D., of the School of Communication Disorders and Deafness, led Kean’s involvement in the project. She previously worked with Byrne at Children’s Specialized Hospital in Newark and reached out to ask how Kean students could contribute to the work of the nonprofit. 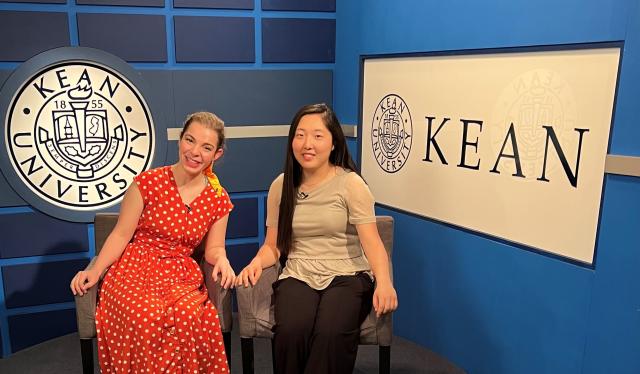 “There is a scarcity of speech-language pathologists in Uganda, and Clare asked our program to develop videos that could be used for educational purposes,” Nealon said, adding that she hopes to travel to Uganda in the future to continue assisting Imprint Hope. “We are proud to reach out across the world and help Imprint Hope in its work providing rehabilitation services to children with disabilities and support for their families.”

Byrne said without access to health care and resources, many children with disabilities in Uganda are neglected or abandoned. The videos will be part of a 7-week training course for families as well as seminars for medical professionals.

“Through the 7-week training course, we witness timid parents rise up to be educated and empowered advocates for their child with a disability,” Byrne said.

Imprint Hope also empowers families in Uganda by providing family counseling and training in business skills as well as providing micro-loans to help families create their own small-scale businesses to support their child's medical and nutritional needs in the home environment.

Kean graduate student Reham Madbouly, of Manalapan, is pursuing her master’s degree in speech-language pathology and worked on the videos. Originally from Egypt, where she said she saw the lack of resources for families in need, she said she was honored to work on the video series.

“The video I took part in for Imprint Hope in Uganda is about the importance of the foundation of communication,” said Madbouly, one of four students involved with the project. “I am glad I had the opportunity to help in any way that I could, and I hope to be able to continue to do so.”

Nealon and Byrne are currently seeking translators to translate the videos into Luganda, the local language in Uganda. Volunteers who speak the language and would like to help should contact Nealon at knealon@kean.edu.