As a public university, we at Kean have an obligation to provide a forum for discussion about contemporary social justice issues and to help students and community members understand these concerns and the tools they need to address them.

Kean University will commemorate the anniversary of 9/11 with the New Jersey premiere of Are We Safer Today?, a documentary that chronicles the work of the National Commission on Terrorist Attacks Upon the United States, known as the 9/11 Commission.

The screening will be followed by a Q&A session, featuring former New Jersey Governor Tom Kean, chairman of the 9/11 Commission, and others who worked with the Commission.

This event is free and open to the public and includes a reception and refreshments.

RSVP to Join us on September 11th Today by CLICKING HERE

We work to support equal rights and opportunity for all.

FILL OUT THE LINK BELOW TO LEARN MORE

To that end, the Human Rights Institute at Kean was established to shine a light on human rights issues and violations across the globe, while inspiring the next generation of activists to create a more just and peaceful world.We do this in a number of ways – through coursework and curricula aimed at promoting understanding and tolerance; special events including lectures, book discussions and film screenings; exhibits in our Human Rights Institute Gallery; and our annual International Human Rights Conference.

While most of the University is operating remotely through January 30, the Holocaust Resource Center and Human Rights Institute will be open Monday-Friday as follows:

We are also available via email:

Other times by appointment.

Dr. Lauretta A. Farrell is the Director of the Human Rights Institute at Kean University. She brings to this position an extensive background in international travel and advocacy.  She worked with the national credit union system in the Former Yugoslav Republic of Macedonia to assist with their expansion and to train staff to better meet members’ financial needs.  While there, she also launched the Macedonian chapter of the Global Women’s Leadership Network, an international organization that helps women step out of survival and dependence into their inherent power, enabling the transformation of world conditions.

She focused her doctoral studies on the issue of torture as a counter-insurgency technique.  During that time, and in subsequent years, she travelled frequently to the north of Ireland, meeting with the surviving “Hooded Men,” who were tortured by British security forces during their war with the Irish Republican Army.

While at Centenary, Dr. Farrell served as Treasurer of the Katrina Relief Effort, a joint program between Centenary College and Drew University, traveling every winter break from 2006 and 2010 to New Orleans to support their post-Katrina rebuilding efforts.  Her greatest volunteer passion, however, was Centenary’s chapter of Midnight Run.  Every other Friday night, Dr. Farrell drove a 15-passenger van filled with students, food and clothing into Manhattan, to help forge a bond between housed and homeless people by establishing a foundation of sharing and caring from which solutions may evolve.

She holds a baccalaureate degree in biology from Colgate University, and master’s degrees from the University of Richmond and Drew University.  She earned her Doctor of Letters degree with a concentration in Irish Studies from Drew. 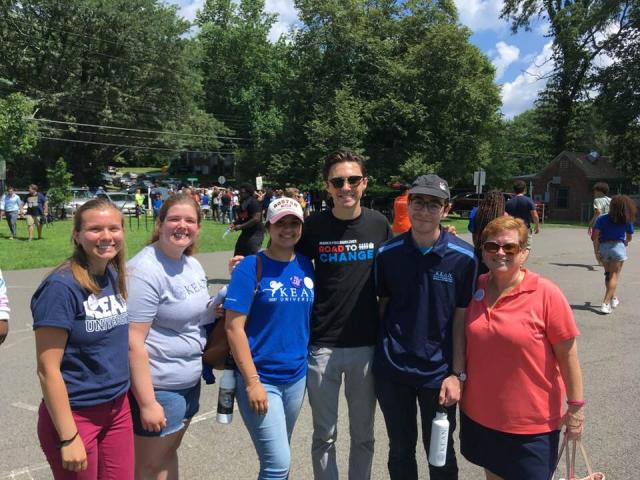 March for Our Lives: Road to Change

Kean University students Spencer Martin ’19 and Gunneet Malhi ‘21, and recent alumni Sarah Coykendall ’18 and Sarah Mack ‘18 attended the March for Our Lives: Road to Change in Morristown, N.J. The event, part of a 75-city tour, was designed to educate young people about the issue of gun violence 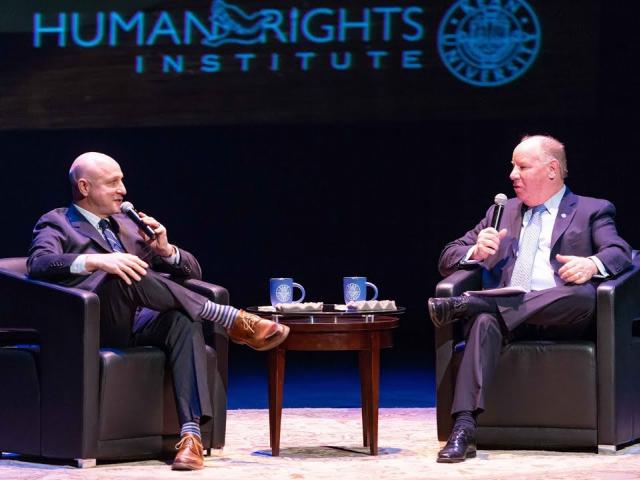 Award-winning Chef Tom Colicchio Advocates for Healthy Food for All

Speaking at the 12th Annual Human Rights Institute Conference, Hunger: The Politics of Food, the food policy activist and head judge of Bravo’s Top Chef told the audience to go beyond food drives and demand action from elected leaders.