Remote work and classes will continue through Sunday, January 30, 2022. All student services will remain accessible both remotely and in person, and athletics, theatre and most other events will continue as planned. For more information, view the university's health and safety protocols. Visit the  Winter 2022 Student Services Guide for information about student support services and campus activities available during the remote period. 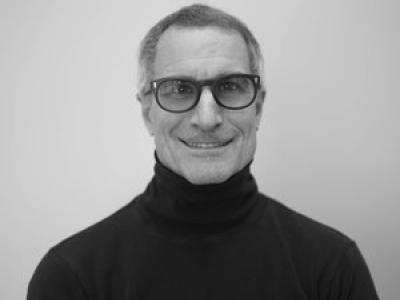 Craig Konyk is the Chair and Associate Professor of Architecture at the School of Public Architecture in the Michael Graves College at Kean University. He is the founder of KONYK, an innovative architecture & urban design studio (www.konyk.net).

Prior to coming to Kean, Craig taught both at Pratt Institute’s GAUD and Columbia GSAPP. He has been awarded two NYFA fellowships, two ACSA Design Awards, six AIA New York Chapter Design Awards, and has exhibited work at Parsons School of Design, the Architectural League of New York, and the Storefront for Art and Architecture.

Craig’s research interests include investigations into new areas of experimental preservation and its impact on architecture and urbanism. He is currently at work on research on “The Preservation of Destruction”, a survey of how events of mass destruction and trauma remain recorded in the fabric of cities, along a wide spectrum from intense remembering to attempting to forget. To that end, he recently contributed a chapter entitled, “City of Crystal” to the publication “Open Gaza” (ed. by the late urban theorist, Michael Sorkin, AUC Press 2021), which proposed a new temporal rebuilding strategy for Gaza City.

Allow students to discover their own hidden potential.