Special education teachers have the experience, skills and training needed to help knowledge blossom for all types of learners.

The demand for special education teachers is high. Kean's programs will help you advance your career as you create a supportive and healthy classroom environment for students of all abilities.

At Kean, you will develop an evidenced-based approach to teaching students with disabilities through the use of empirically validated principles of learning to design, implement, and evaluate individualized teaching procedures.

Kean's multidisciplinary special education programs rely on the latest research and best practices to provide you with the tools needed for success in the classroom, both yours and your students.

If you have admissions questions, contact Graduate Admissions at gradadmissions@kean.edu or (908) 737-4723.

Certification in Teacher of Students with Disabilities (two tracks)

The Classroom and Beyond

At Kean we believe learning and job growth extends far beyond the walls of our classrooms. That's why we encourage you to take advantage of a variety of research opportunities available to you, study abroad and pursue internships that will advance your career or set the stage for another advanced degree.

Receive current and pertinent information from the field and enhance your knowledge and involvement with students with disabilities. 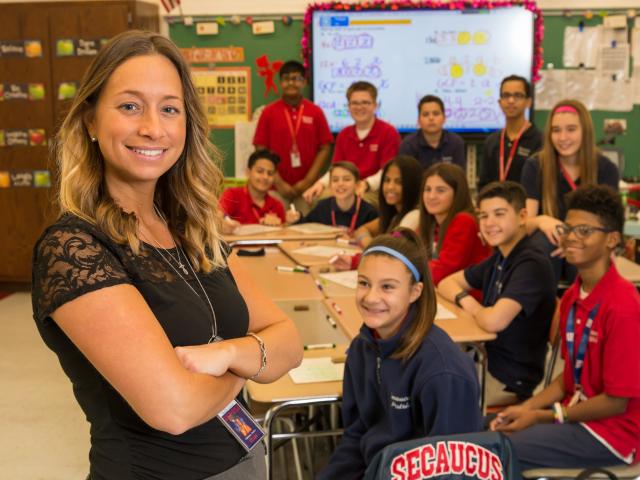 One of 50 Largest Producers of Teachers in the Nation

As one of the 50 largest producers of teachers in the nation, we have shown that our teachers succeed. Shown here, Tori-Ann Palmisano '13 was one of 44 deserving teachers around the U.S. given the prestigious Milken Educator Award in 2018. 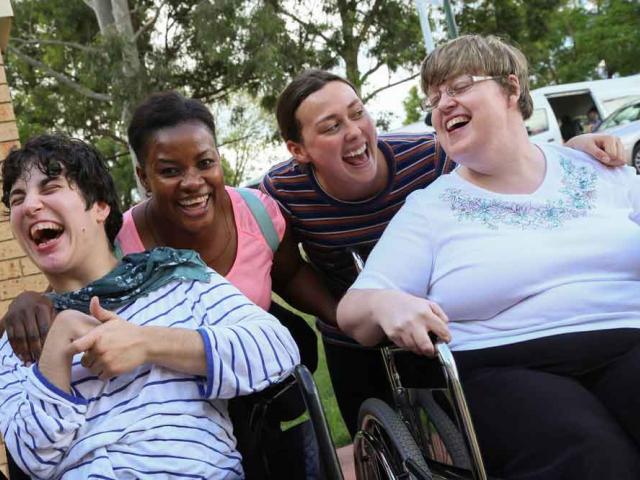 Kean University has a strong commitment to full inclusion and equal opportunity for all persons with disabilities.

The growing prevalence of autism

The latest study released recently by the Centers for Disease Control and Prevention (CDC) shows the rate of children identified with an autism spectrum disorder has risen to 1 in 59 children nationally and 1 in 34 children in New Jersey. The state prevalence rate is up 19 percent.

"An urgent public health concern," according to the CDC, the ASD rate has tripled since 2000. New Jersey's numbers continue to exceed and outpace other states, likely due to better awareness and diagnosis, as well as the elimination of racial disparities in evaluations still present elsewhere, and more girls being identified.

"Mental Health: A Report of the Surgeon General"  is available at :
http://www.surgeongeneral.gov/library/mentalhealth/chapter3/sec6.html#autism.

According to the U.S. Bureau of Labor Statistics, most special education teachers work in public schools, teaching students from preschool to high school. Others work in private schools, childcare services and other institutions. Many work the traditional 10-month school year, but some work year round.

What can you do with this degree?

Study.com says there are many career options with an M.A. in special education

The Behavior Analyst Certification Board, Inc.® has verified the following course sequence as meeting the coursework requirements for eligibility to take the Board Certified Behavior Analyst Examination®:

The best way to see all that Kean University has to offer is to visit our vibrant urban campus.

Our admissions counselors are here to help you navigate the college application process. Learn more.

So much awaits you at Kean University. Your Kean journey begins now. Apply today.